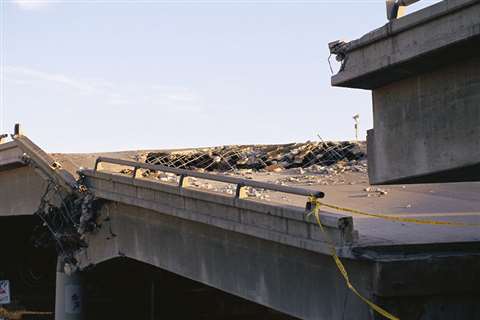 Start-up company Dynamic Infrastructure has introduced a deep-learning artificial intelligence (AI) system that can help prevent the collapse of bridges and tunnels.

The AI technology creates a ‘medical record’ for each bridge, tunnel and elevated highway, which provides the asset’s owners and operators with a visual diagnosis.

Saar Dickman, co-founder and CEO of Dynamic Infrastructure, said, “The world faces an infrastructure crisis. Specifically, deficient bridges and tunnels represent a severe infrastructure challenge in the US and worldwide and their poor condition leads to life losses and millions in unplanned expenditures.”

The system works by comparing old and archive images taken during previous years’ condition inspections with newer ones.

Using live, cloud-based, 3D views of the bridge or tunnel, the AI technology tracks changes in the asset’s condition and detects any anomalies, defects or other issues relating to its maintenance and operation.

Dynamic Infrastructure said its system would allow bridge and tunnel owners and operators with the opportunity to take action, before defects could become large-scale failures.

Dickman said, “Until recently, there has been no effective system that can quickly and precisely identify defects in bridges throughout their lifetime. We provide actionable monitoring and alerts that can better manage expenditures and help prevent the next collapse. We are bringing the data revolution to the decision-making process of bridges and tunnel maintenance based on our cutting-edge imagery analysis.”

Following a report issued by the American Road & Transportation Builders Association, which said that around 47,000 bridges in the US were currently structurally deficient, US-based Dynamic Infrastructure said systems like its own were vital for the maintaining and operating tunnels and bridges in America.