AEM and CECE speak out against US tariffs 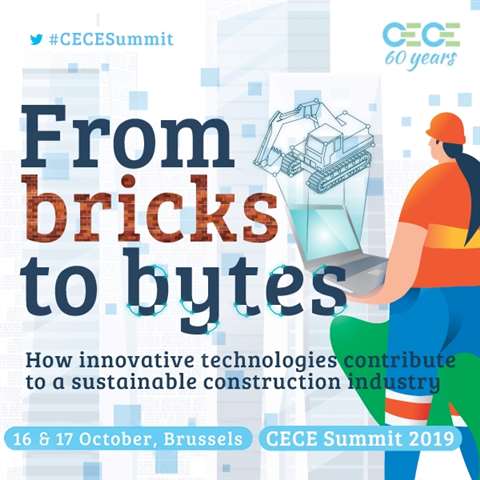 At the 2019 summit meeting of the Committee for European Construction Equipment (CECE), the organisation joined with the US-based Association of Equipment Manufacturers (AEM) to speak out against the tariffs being imposed on European Union goods by the US government.

The decision to place tariffs on approximately €6.8 billion of goods (including certain types of construction machinery) was made following a World Trade Organization (WTO) ruling on Airbus, in which the organisation concluded that unlawful subsidies had been given to the aerospace company.

In the joint statement, CECE and AEM pointed out that the EU is likely to follow suit with tariffs of its own if the WTO rules – as seems likely – that the US has been guilty of giving similarly unlawful subsidies to the Boeing aerospace company.

The statement points out that, “the use of tariffs will inevitably lead to counter tariffs, lost markets for producers, higher consumer prices, shaky investor confidence and the potential to undermine long established transatlantic supply chains our workers and industry depend on. The United States and the European Union need to focus on removing barriers to trade while working together to counter unfair trade practices by third countries. Strengthening the rule of law and reforming the WTO to effectively respond to the challenges of global commerce in the 21st century is in the shared interests of the United States and the European Union.”

CECE and AEM also reiterated the point made by the Peterson Institute for International Economics, that “80% of world trade is driven by supply chains with trade in intermediate goods now nearly twice as large as trade in final goods. This is especially important in advanced manufacturing.”

In their statement, CECE and AEM said, “As both the United States and European Union are centres of technological development, transatlantic trade is helping create a strong path to sustained manufacturing competitiveness.”

However, it concluded, “recent government decisions are threatening to undermine continual economic growth and development.”