US-based contracting firm M.A. Mortenson Co. has agreed to a US$1.3 million settlement with the State of Colorado over its alleged involvement in a bid-rigging scheme related to the US$233 million renovation of the Colorado Convention Center in Denver. 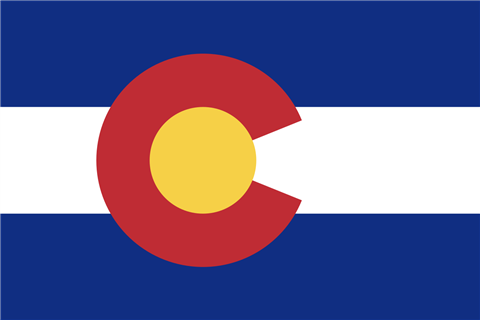 Colorado Attorney General Phil Weiser announced the agreement is with Mortenson and several individual employees for their alleged role in what the Office of the Attorney General claimed is a violation of the Colorado Antitrust Act.

As a result of the settlement, Weiser said the State of Colorado will gain financial resources to assist with its response to the crisis caused by the coronavirus pandemic.

Under the agreement, Mortenson, which has over 10 regional offices throughout the US and one in Canada, will pay US$650,000 to the Colorado Department of Law and will donate construction services for a project in the state related to needs that have arisen from the pandemic.

The construction project must be for a value of no less than US$650,000, and Mortenson must pay all its own costs, including building materials and expenses related to any subcontractor and design services needed to complete the project.

The settlement also requires Mortenson to establish a comprehensive, internal compliance program and disclose the existence of the agreement when it bids on any public construction projects in Colorado for a period of two years.

The officers and employees of the company implicated in the alleged convention center bid-rigging scheme will be actively involved in the management and work on the COVID-19 project.

For more than a year, Weiser’s office investigated whether Mortenson unlawfully competed to become the general contractor of the convention center expansion project. According to an official statement, “the investigation uncovered strong evidence that employees from Mortenson and Trammell Crow, the City’s program manager, exchanged non-public and confidential information about the project and procurement process that was not shared with other prospective bidders.”

“The communications between Mortenson and Trammell Crow were improper and gave Mortenson an unfair advantage in the competitive bidding process for the Colorado Convention Center expansion project,” said Weiser. “This egregious behavior caused Denver officials to cancel the procurement process and delay the project at significant cost to the City and to the residents of Colorado.

“We will hold accountable those companies and individuals that undermine the competitive bidding process when they bid for public construction projects and put millions of taxpayer dollars at risk. The silver lining is Coloradans will benefit from additional resources to respond to needs we have from the COVID-19 pandemic in our state.”

Mortenson President and CEO Dan Johnson issued a statement, saying, “While we have resolved the Colorado Convention Center matter with the Colorado Attorney General without adjudication or finding of liability, our involvement in this matter was neither consistent with who we are as a company nor our longstanding reputation. Simply put, we did not meet our own expectations. Striving to do the right thing means learning from times when we may fall short.”

He continued, “We are committed to the assurances outlined in our agreement and have made several changes to our compliance and training programs as a result. We will also share the lessons we’ve learned with others in our industry. The most immediate example of how important this relationship is to us is our commitment to the Attorney General that Mortenson will donate construction services support to help Colorado’s efforts to battle the COVID-19 pandemic.”

Denver Mayor Michael Hancock said, “The integrity of our procurement process is critical to ensuring the public’s trust that their tax dollars are being invested in a manner that is completely above board and for the public’s benefit. When companies attempt to circumvent that trust, it’s in the people’s interest that they be held accountable.”

The office’s investigation into Trammell Crow and its representative for the convention center expansion project is ongoing.