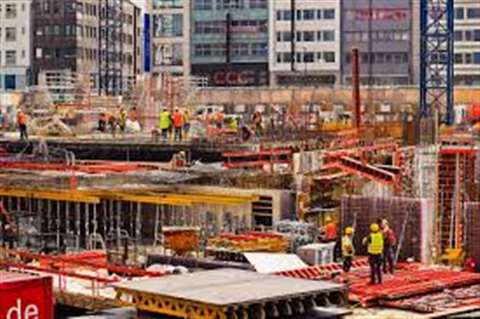 US Chamber of Commerce reports slight improvement in commercial construction

US commercial construction could be showing signs of a rebound, according to a new study by the US Chamber of Commerce.

The US Chamber of Commerce Commercial Construction index for the third quarter rose to 57 from 56 in the second quarter. Granted, this is a very slight change, and far below the score of 74 reported in the first quarter, but the group states its interpretation of the latest number as a good sign.

According to the report, two of the index’s key drivers are up in the third quarter. Confidence about new business increased by six points, from 50 to 56, and revenue expectations rose four points, from 44 to 48, in the most recent quarter.

Commercial Property Executive reports that only the third indicator, current backlog, dropped from 73 in the second quarter to 68 in the third. The Chamber pointed out that “impact to backlog may lag for several months as projects are delayed.”

The newest index states the mood among commercial construction contractors shows promise: 82% have “moderate to high confidence” that the US market will provide adequate new business opportunities over the next 12 months. That’s an increase from 75% in the second quarter.

Additionally, 60% of commercial contractors expected their revenues to remain about the same over the next 12 months - the same proportion as in the second quarter.

Complicating the forecast, however, is concern over materials. Though there has been substantial concern over lumber prices, the new US Chamber of Commerce index found twice as many contractors – 41% – were worried about steel prices. A total of 54% of contractors, versus 45% in the previous quarter, reported they confront shortages for at least one material.