US$12 billion in orders for WeBuild due to infrastructure demand 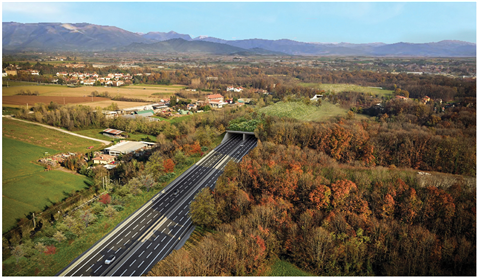 Webuild has recently won a €1.26 billion contract to design and build two sections of the Pedemontana Lombarda Highway in Italy

Global contractor WeBuild has announced that it has acquired contracts in the first nine months of the year so far amounting to €10.5 billion (US$12.01 billion).

The contractor says that these strong results are due to the completion of its integration of Astaldi and the global recovery in the infrastructure sector.

In a press release, WeBuild said that it kept commercial activity focused on low-risk markets such as North America, Europe and Australia, all of which have major development plans for infrastructure.

It added that infrastructure has become more important than ever to countries looking to support their economies following the effects of the Covid-19 pandemic and a strategic lever in the fight against climate change.

In its home country of Italy it expects to benefit from the €24 billion (US$27.4 billion) of investments for public works that are expected under the National Recovery and Resilience Plan (PNRR) and scheduled to go to tender in the next two years.

The US Congress approval of Joe Biden’s US$1 trillion infrastructure investment plan, including the allocation of $550 billion in new federal funds, most of which for transport, should provide a boost to WeBuild’s US subsidiary, Lane.

WeBuild added that it has over €25 billion (US$28.6 billion) in its commercial pipeline.