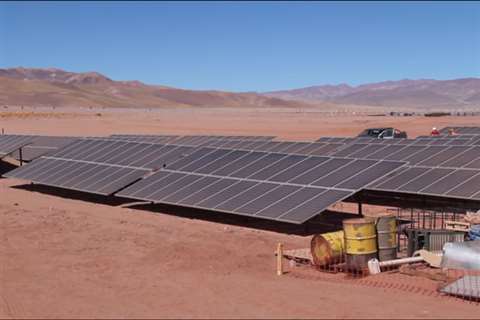 Cauchari Solar Power Plant in development for US$390 million

Work is underway on a solar power station in the province of Jujuy, Argentina, which will become the largest of its kind in South America.

The development of the plant is primarily backed by China with the Export-Import Bank of China (China Exim) financing 85% of the total US$390 million total cost.

The panels will sit on the remote location of the Cauchari site, 300km away from San Salvador, Jujuy’s capital.

The land is owned by indigenous communities and the government has agreed to pay 2% of the annual profits to them. The share of the profits that the communities may receive could be around US$1 million.

The Cauchari solar plant is expected to cut down carbon dioxide emissions by 325,000 tonnes and drive down energy costs.

The Argentinian government has set a target for renewable energy to account for 20% of its energy consumption by 2025. The current figure sits at 4% but an increased drive for renewables across hydrocarbon extraction projects will also contribute.