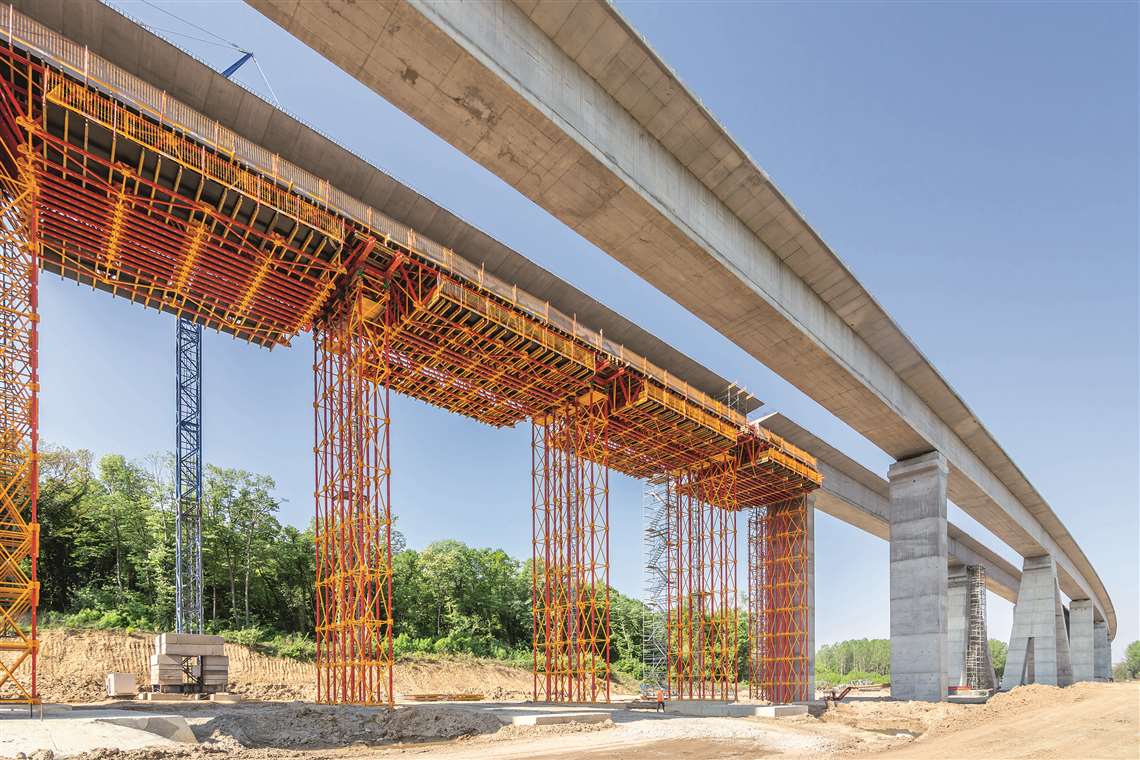 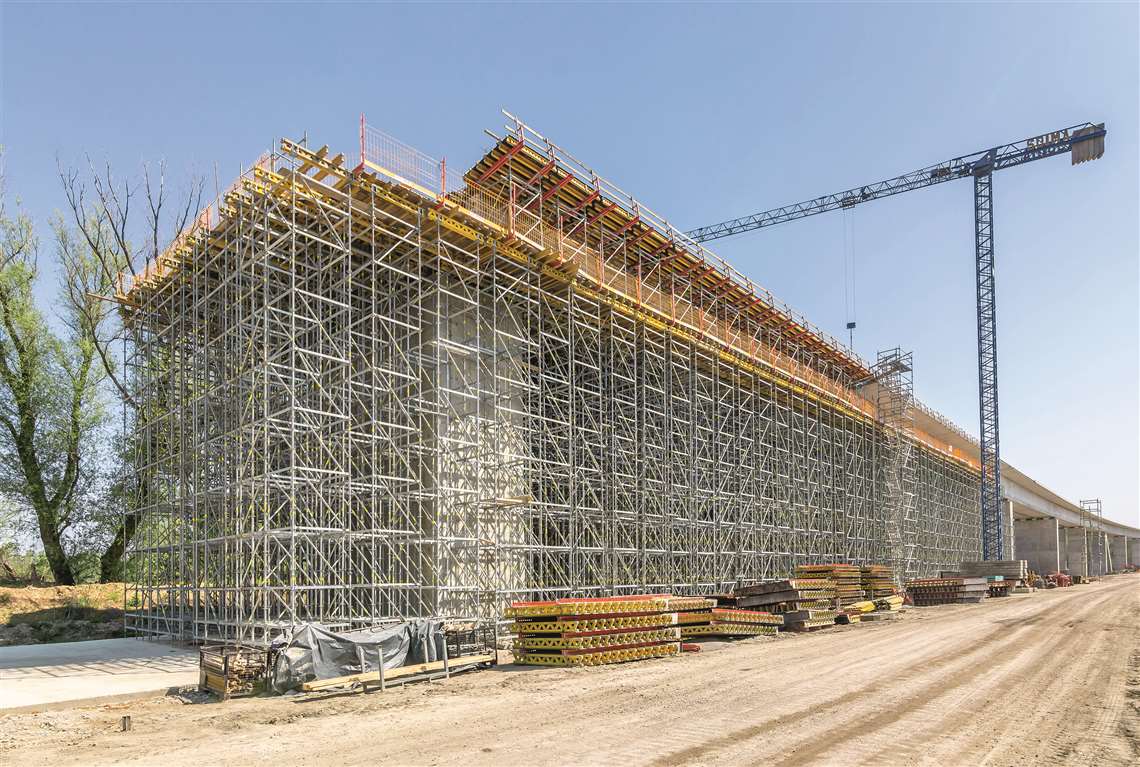 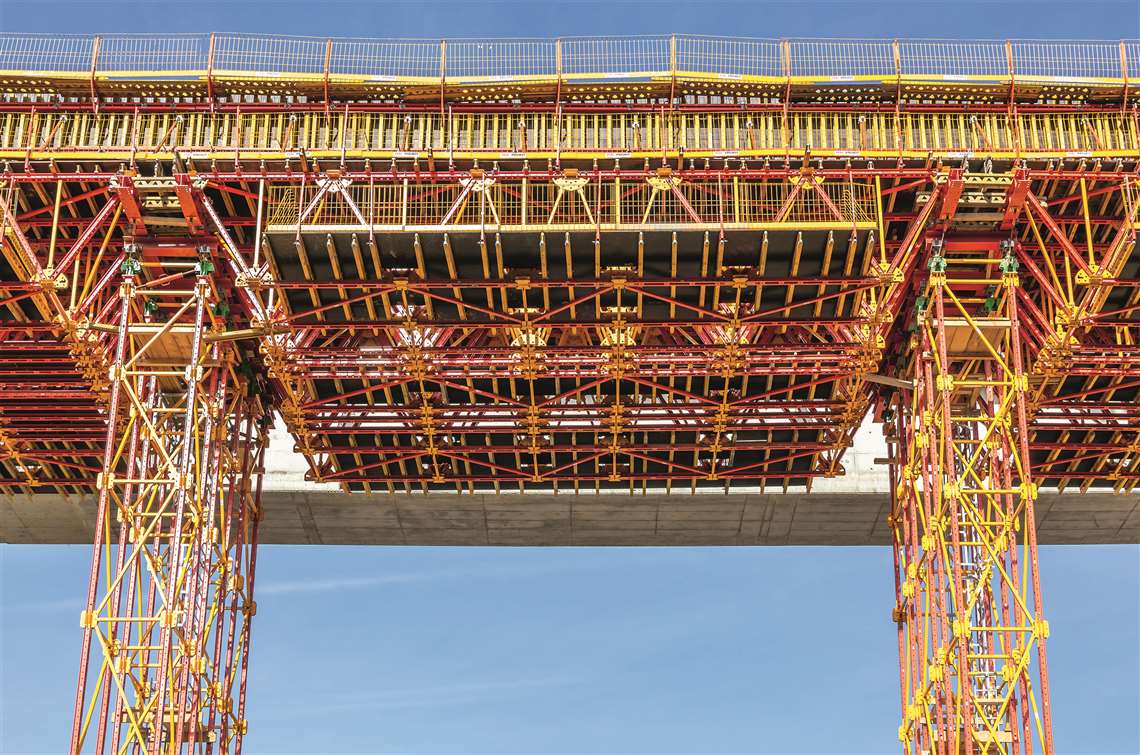 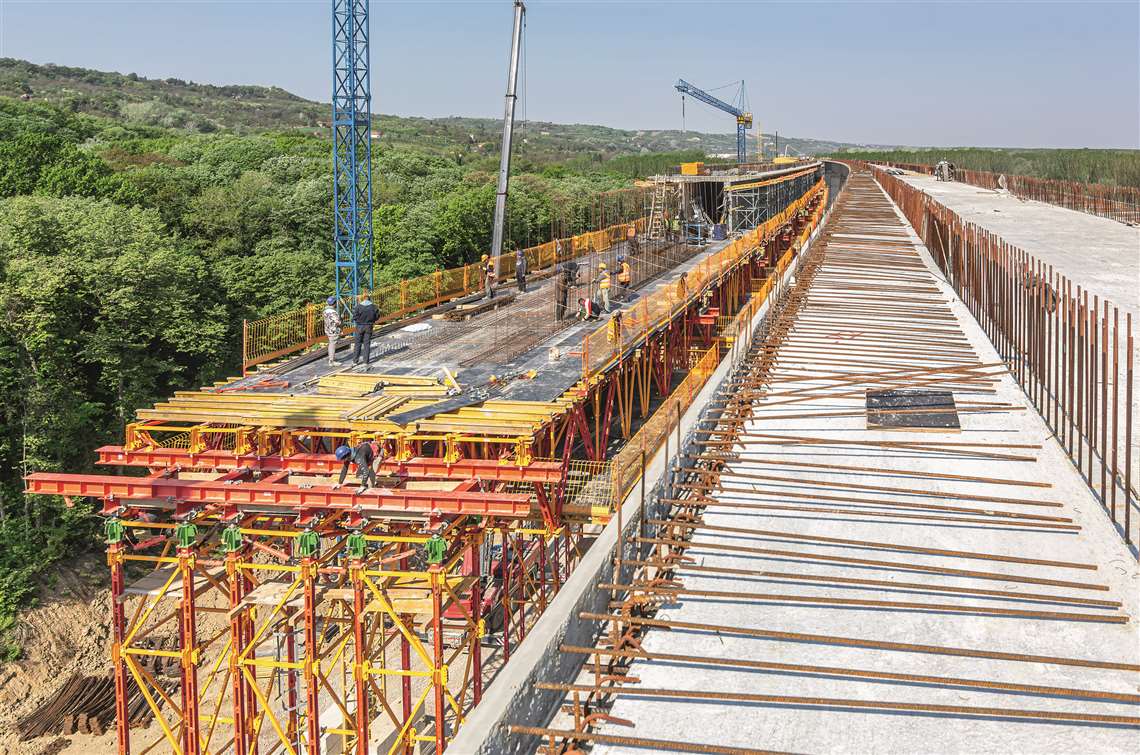 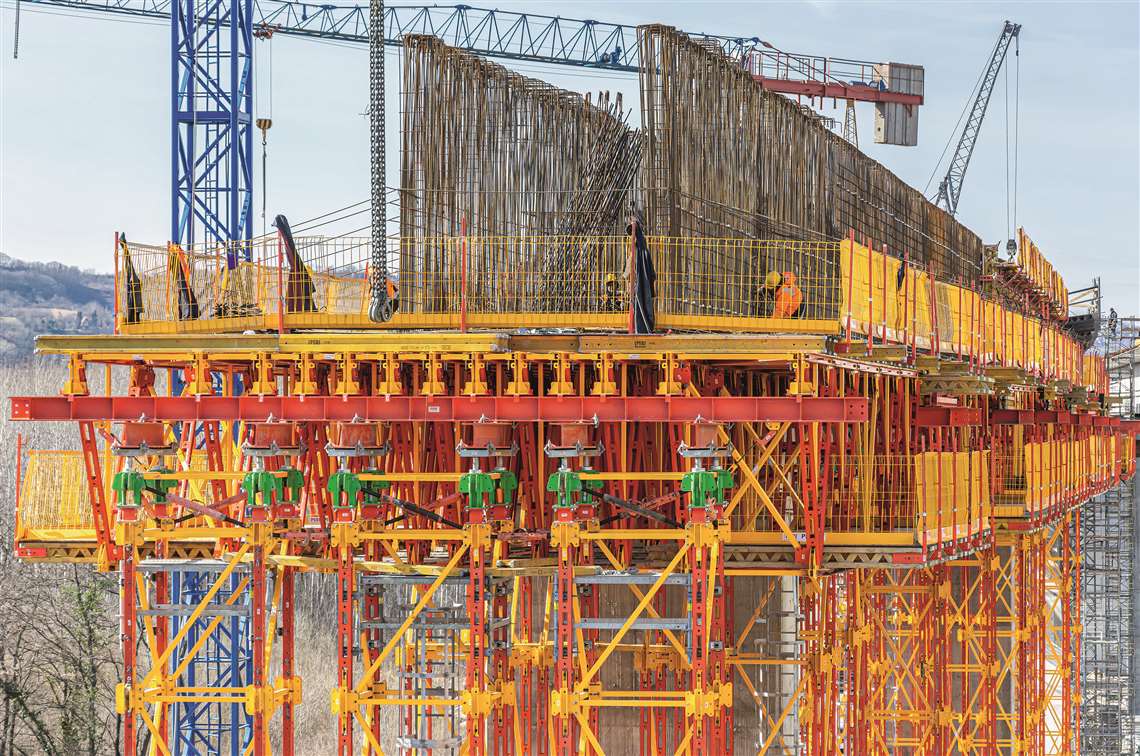 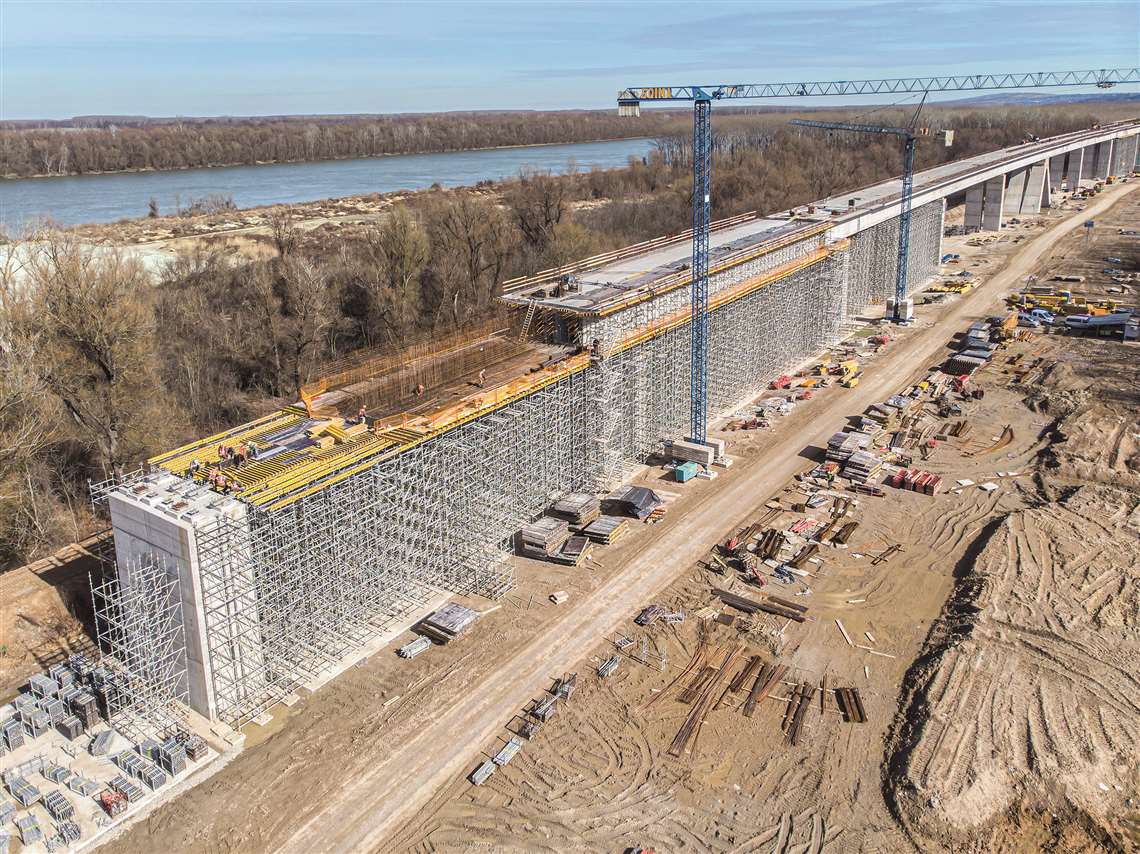 Peri formwork used on viaduct for US$2.9 billion railway

Peri has provided the formwork and other services for construction of the Čortanovci Viaduct in Serbia, as part of the new Budapest-Belgrade railway line that will run across the Serbian-Hungarian border.

The Budapest-Belgrade line is a US$2.9 billion project that comprises the construction of 350km of high speed rail line, which aims to reduce travel times between the countries from eight hours to three hours.

It forms part of an international railway that will connect the capital cities of Budapest in Hungary, Belgrade in Serbia, Skopje in the Republic of Macedonia and Athens in Greece. It is one of the largest infrastructure projects currently underway in eastern Europe – the international connection is part of China’s Belt and Road initiative to link Beijing with Europe.

The Čortanovci Viaduct, which is located between Stara Pazova and Novi Sad, is a double-track, open railway line measuring 2.9km long and supported by 59 columns.

Divided into five construction phases, A to E, Peri provided on-site support for sections B and C of the Čortanovci Viaduct, which each measured 642m long.

Both sections were constructed from the delta pier in the middle, into which concrete was poured to the left and right simultaneously. The 18.5m high delta pier used a combination of Peri’s PERI UP Rosette and VARIOKIT Engineering Construction Kit components. According to Peri, the connection options of both systems enabled safe access to all working areas and integrated necessary work surfaces.

The integrated reinforcement of the modular systems, which are based on a metric basic grid, meant the pier became self-supporting and that its concrete bars did not need further support.

According to Peri, the remaining columns of both sections were built with a concreting height of 4.m each. CB Climbing Units were used as working platforms to support the TRIO Panel Formwork as well as the VARIO GT 24 Girder Wall Formwork. The permanently mounted units, which comprised a platform and formwork, allowed them to be quickly relocated using a crane lift.

The two-lane superstructure of section C was built with a combination of PERI UP Rosette and flexible MULTIFLEX Girder Slab Formwork with a maximum support height of 20m. Peri said project managers chose a mixture of GT 24 Formwork Girders for large spans as well as VT 20K Formwork Girders for smaller spans, as it allowed the site team a high level of flexibility.

For section B of the Viaduct, which required a support height of up to 24m for the load transfer, the manufacturer’s ALPHAKIT Shoring Construction Kit was used. Designed for heights of up to 30m, the system comprises lightweight individual components and can be assembled by hand at ground level. Peri said just a crane was used to position the platforms.

While the Budapest-Belgrade line is due for completion in 2023, the viaduct is expected to open this month.

For concreting the two-lane superstructure, ALPHAKIT was supplemented in section B with components of the MULTIFLEX Girder Slab formwork.

Peri formwork on the Čortanovci Viaduct