Pilot studies on the remote operation of construction equipment using Wi-Fi and 5G technology are being carried out in Japan by rental company Nishio Rent All, contractor Kato Construction Co Ltd and Hitachi Construction Machinery. 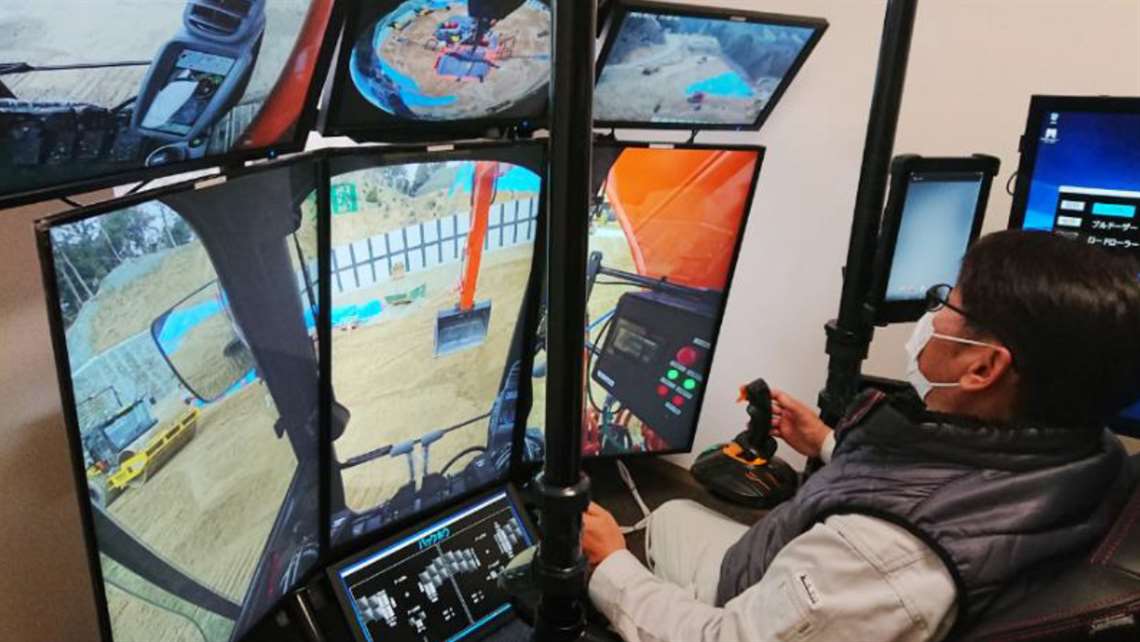 The two studies – one carried out in January on a road bypass project near Kamukura and the second now underway on a flood channel in Hiroshima – will involve the remote operation of a Hitachi Zaxis 200 excavator, a Komatsu 61PX dozer and a Sakai SV513D vibratory roller.

The project, which is being undertaken for the Ministry of Land, Infrastructure, Transport and Tourism, will assess the suitability of Wi-Fi and 5G communication systems as well as cameras and augmented reality technology. 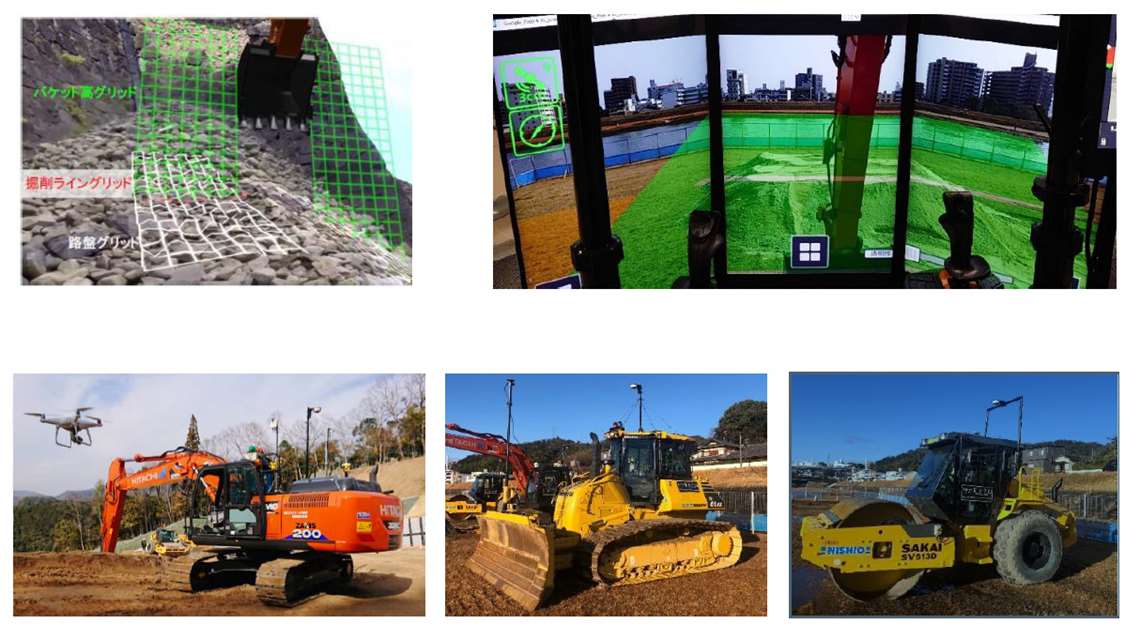 The three machines being used in the trials, plus images using augmented reality technology.

The aim is to allow one person to operate multiple machines from a distance – 3km in the case of these studies – and ultimately to help Japan cope with a decreasing construction workforce. A declining birthrate and aging population are expected to cut the workforce by 44% between 2005 and 2030.

The technology will also be suitable for use when working in dangerous areas or following a natural disaster.

On each of the three machines, front-image and in-cab cameras as well as an omni-directional camera are being used.

Augmented reality technology will display the excavator or bulldozer bucket as a grid on top of the camera image, and depth limits or 3D design data can be shown on screen.

The three machines being used in the trials, plus images using augmented reality technology.