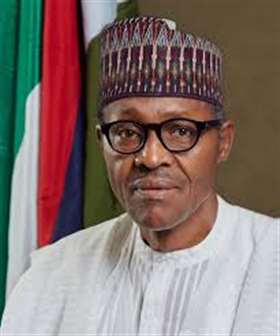 What is expected to become Africa’s second-largest hydropower plant can now proceed with construction after the Nigerian government settled a contract dispute holding up its progress.

The Mambilla facility, a complex of dams on the Donga River in the eastern Taraba state, will produce 3,050MW, equivalent to a quarter of Nigeria’s currently installed capacity.

Nigeria’s power minister, Sale Mamman, was quoted saying that international arbitration in Paris initiated by Sunrise Power and Transmission Co., a company that once held the construction contract, was recently resolved, clearing the main obstacle to the plant’s construction.

”We have now overcome the major problem stopping this project and it is nearly over,” Mamman said in an interview in Abuja, the capital.

A consortium including China Energy Engineering Corp. and Sinohydro Corp. Ltd will build the Mambilla facility, which is forecast to cost US$4.8 billion, about US$1 billion less than earlier estimates, Mamman said.

According to reports, the total cost of the project was orginally budgeted at US$5.8 billion. The Export-Import Bank of China was reported to have agreed to lend 85% (US$4.93 billion) toward the construction. The Federal Government of Nigeria has committed to contribute 15% (US$870 million) of the construction costs.

Mamman said he expects the Chinese firms to start construction this year, an ambition listed by President Muhammadu Buhari GCFR in his New Year’s speech to the nation.

Construction is expected to take at least seven years from start to finish, due to the technical complexity of the project, reports indicate. Some reports say a more realistic completion date is in 2030.

The Nigerian government was accused by Sunrise Power of breaching its 2003 agreement when it granted a separate contract to Chinese companies four years later and was seeking an arbitration award of US$2.3 billion, risk advisory group Songhai Advisory LLP said in a note in January. The legal wrangle caused the Export-Import Bank of China to pause its interest in financing the Mambilla plant, it said.

The only bigger hydro power facility in Africa is Ethiopia’s 6,000MW Grand Ethiopian Renaissance Dam, which was started in 2011 and is now more than five years behind schedule.

Nigeria is working on modernising its infrastructure, including rail connectivity.