Lake Shore Systems Inc., a designer and manufacturer of heavy equipment for the maritime and mining industries has merged with Trident Maritime Systems. Trident and Lake Shore said they will join forces to provide a comprehensive network of integrated services that will better serve their customers worldwide.

Lake Shore began business operations as Lake Superior Foundry Co. in Marquette, Mich., in 1858. The company has changed ownership over the years but has maintained its primary manufacturing and engineering facilities in the Upper Peninsula of Michigan for more than 160 years. The current primary locations include Kingsford, Iron River, and Ontonagon, Mich., and Rhinelander, Wis.

The company has rebranded as Trident Maritime Systems – Heavy Equipment Group. New signs will be installed at each facility this month and integration efforts will continue into 2022.

Trident said all Lake Shore facilities will remain open, all employees will be retained, and that the company will continue to hire talented people who want to make a difference.

Trident Maritime Systems - Heavy Equipment Group will continue to operate as a designer and manufacturer of safe, reliable, innovative equipment and solutions to its global maritime and mining customers. It products are reportedly found on every surface ship in the U.S. Navy and include shipboard cranes, anchor handling systems, elevators, ramps, and doors, to name a few. The company’s Cannon Mining product line includes drill jumbos, roof bolters, ANFO rigs, scalers, and utility trucks for the underground hard rock mining industry.

The company employs approximately 500 people, primarily in the Upper Peninsula of Michigan and Northern Wisconsin.

“This is a tremendous group of people who care about our work and our customers, and it shows,” said Lake Shore’s current president and CEO, Jessica Frost. “As we look forward to the new year, we are excited to join the Trident family and look forward to many more successful years.”

Based in Arlington, Va., Trident Maritime Systems is a provider of turnkey marine systems and solutions for government and commercial vessels, new construction, retrofit and repair across North America, Europe and Asia. 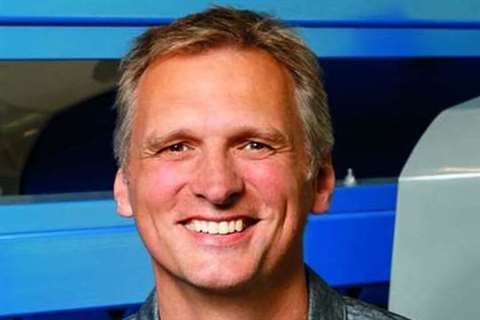