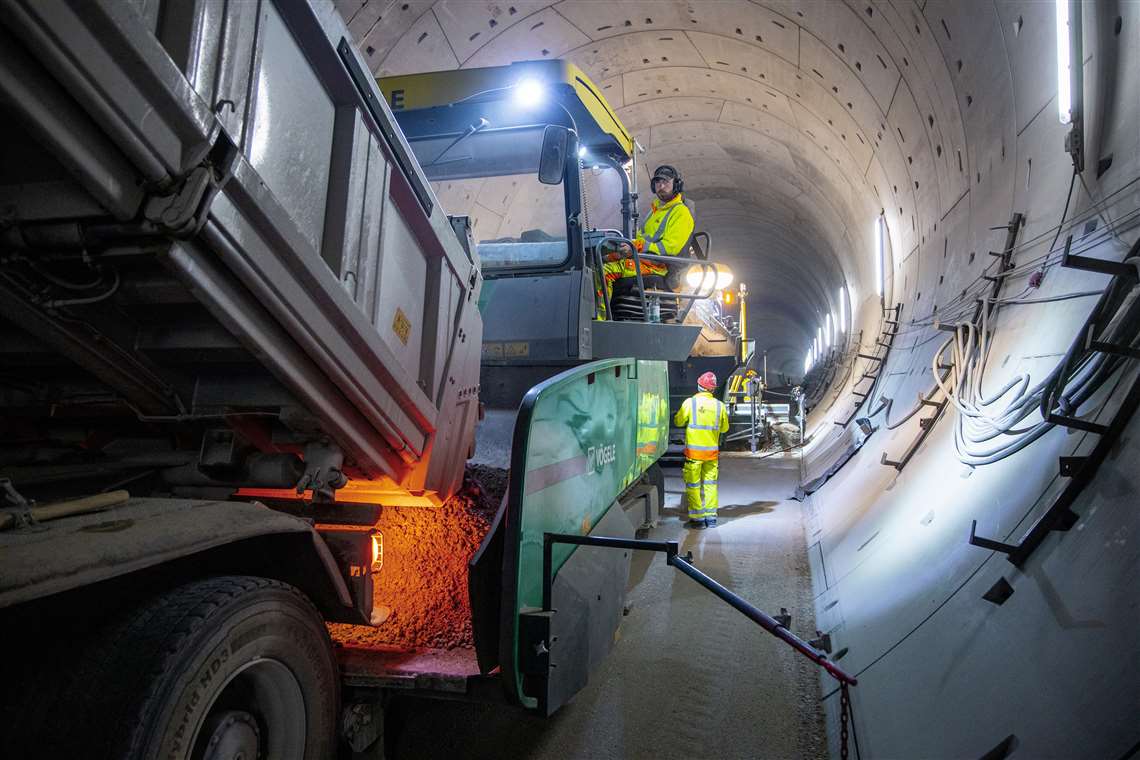 A SUPER 2100-3i large paver from Vögele paved the 8.1km long carriageway

Contractor Kurt Gansloser (KG) has completed the construction of a permanent carriageway in the 8.1km-long Albvorland Tunnel in southwest Germany.

Thought to be one of the longest railway tunnels in Germany, the Albvorland forms part of the Deutsche Bahn Stuttgart-Ulm project.

The new high-speed rail connection will extend the country’s rail network, halving the journey time between Ulm and Stuttgart. It will also allow people to travel from Stuttgart to Vienna in under five hours.

The works to the railway line were carried out to accommodate trains travelling at speeds of up to 250km/h.

KG paved two single-track tunnel bores with five 25cm-thick water-bound base courses. It also installed a 12cm-thick layer of rolled-concrete on top of the base courses, to create the finished track paving.

The contractor used a SUPER 2100-3i large paver from Wirtgen Group manufacturer Vögele to lay the carriageway.

The paver was used alongside the manufacturer’s 3D control system and MT 3000-2i Offset material feeder.

According to the manufacturer, the system’s open interface allows it to connect to positioning systems such as the Trimble control system, which KG used to measure the positions and angles of the screed and to calculate any deviations.

Christopher Gansloser, managing director of Kurt Gansloser, said, “On projects like this, each cog needs to mesh with the next. Precise planning, a competent team and powerful machines are essential.”

A Trimble control system was used to measure the positions and angles of the screed and to calculate any deviations.

To meet the 6.5m width of the tunnel bores, KG used the TP2 variant of the AB 600 Extending Screed with bolt-on extensions.

These were compacted using the HD 10 VT and HD 13i VV tandem rollers from Vögele’s sister manufacturer HAMM.

The project saw around 12 trucks, each carrying 20 tonnes of mix material, were reversed down the tunnel bore each day while engineering works were being carried out. 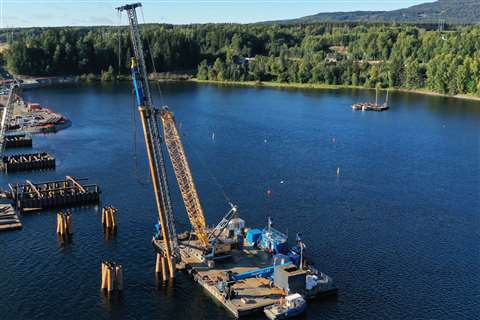 Peri formwork used on viaduct for US$2.9 billion railway
Čortanovci Viaduct forms part of an international railway that will connect the capital cities of Hungary, Serbia, Macedonia and Greece
Longer Reads