The MAHSR scheme, also referred to as the bullet train project, is a 508km link between Mumbai and Ahmedabad in western India. Its cost is estimated at approximately US$3.3 billion.

It is expected to reduce the travel time between the two cities to less than two hours compared to the current time of more than seven hours. There will be a dozen stations and two rail depots.

In 2021 India announced an ambitious National Rail Plan that envisages all major cities in north, west and south India should be connected by high-speed rail. Cities between 300km and 700km apart with a population of at least one million are being prioritised.

The scope of Larsen and Toubro’s MAHSR T3 Package includes Design, Supply, Construction and Testing & Commissioning track works on a Design-Build price basis for the double line high speed railway between Vadodara and Sabarmati in Gujarat. Larsen and Toubro has previously been awarded contracts for the MAHSR scheme.

Japanese Shinkansen track technology will be adopted in this project. Upon completion, this slab track system will enable trains to travel at speeds of up to 320km per hour. 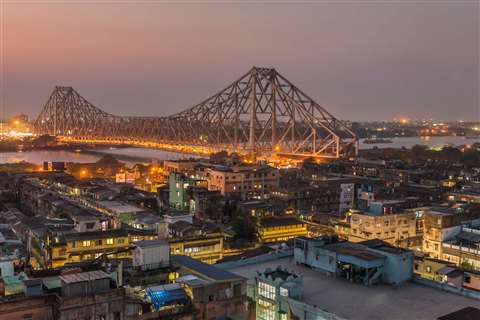 Investing in India’s construction industry
Despite the challenges that continue to disrupt the construction sector, India is emerging as a growing economy that has learned to adapt and overcome