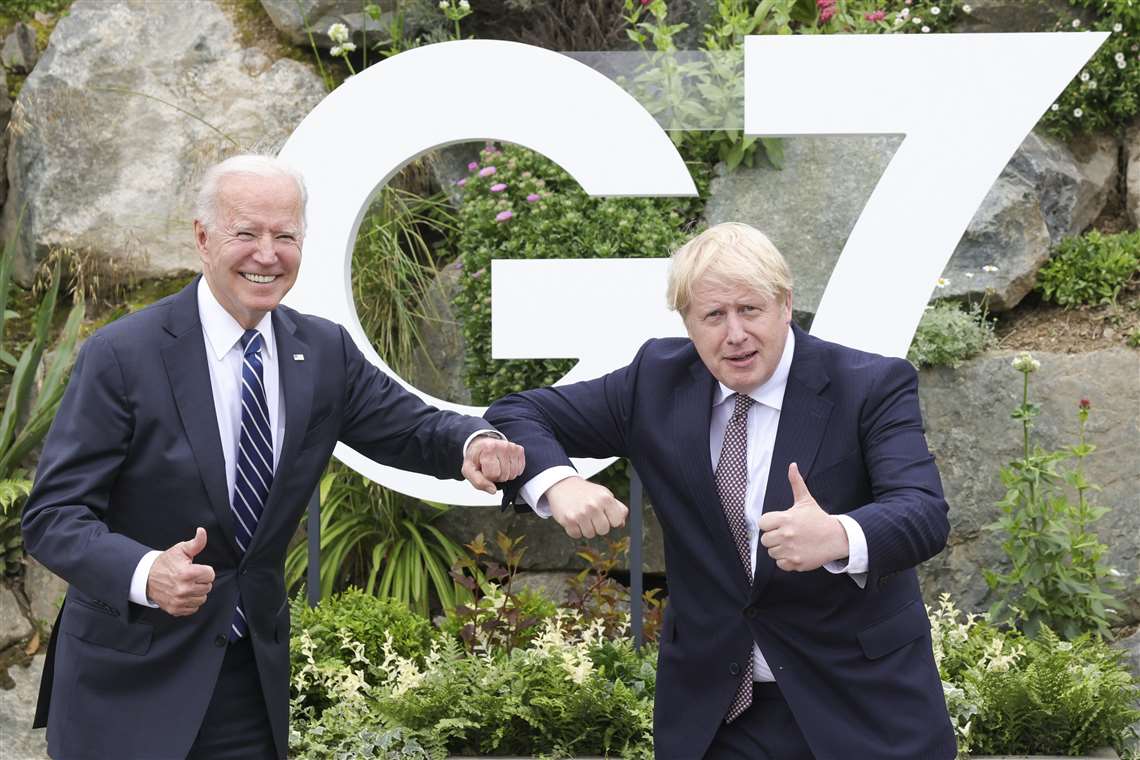 US president Joe Biden and UK prime minister Boris Johnson at the G7 summit, held in the UK

At the recent G7 summit the governments involved announced a ‘Build Back Better’ (B3W) plan for infrastructure investment that appears to be positioned as an alternative to China’s Belt and Road Initiative (BRI).

The G7 is a group of wealthy and industrialised countries consisting of: Canada, France, Germany, Italy, Japan, the United Kingdom and the US.

In a statement, the summit said that B3W would be a ‘step change’ in the approach of the G7 countries to infrastructure spending.

The statement added that, “We will develop a new partnership to build back better for the world, through a step change in our approach to investment for infrastructure, including through an initiative for clean and green growth.”

The plan would involve raising hundreds of billions in public and private money to help close a US$40 trillion infrastructure gap in needy countries by 2035. However, the G7 did not give details about timescales or the total investment amount, except to say that it would contribute to the US$40 trillion needed to pay for such infrastructure in developing countries, and that different members of the group would have responsibility for different parts of the world.

One of the key pillars of B3W is sustainability, with the investments to be made in a manner consistent with achieving the goals of the Paris Climate Agreement.

The B3W will also be ‘value driven’ – a statement from President Biden’s White House said that, “infrastructure development carried out in a transparent and sustainable manner – financially, environmentally, and socially – will lead to a better outcome for recipient countries and communities. We will offer countries a positive vision and a sustainable, transparent source of financing to meet their infrastructure needs.”

China’s BRI has been incredibly successful, with more than 140 countries members of the initiative, including G7 member Italy, although it has been criticised before for the high levels of debts it leaves some developing countries in.