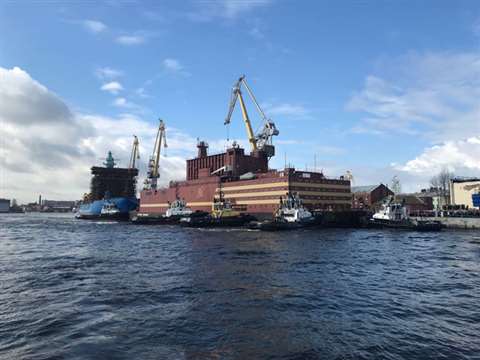 The nuclear vessels will be built over the next six years, before sailing to the remote port of Chukotka and deployed at the Baimsky copper mining venture.

Russian news agencies report that construction of the power plants – set to take place at St Petersburg’s Baltic Shipyard – will cost in the region of €1.7 billion.

Three of the vessels, each hosting two 55MW reactors, will initially make the trip to Siberia, with a fourth ready to replace any needing refuelling or maintenance.

This includes the already-commissioned Akademik Lomonosov, a larger and less advanced vessel, which began supplying power to another mining project in Chukotka in 2020.

Rosatom spent well over a decade constructing the Akademik Lomonosov, amid protests from environmental campaigners.

The latest news appears to confirm recent reports that Russia’s President Putin is in favour of continuing the floating power plants programme.

It is also understood that Rosatom has ambitions to promote smaller versions of its original vessel to customers beyond Russia.