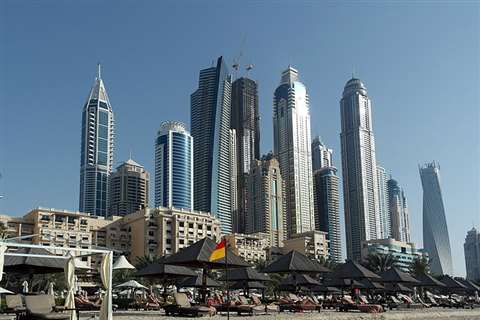 Dubai has seen a decline in construction activity in 2019

The value of projects underway in Dubai has fallen by US$10.9 billion in the first three quarters of 2019, according to research by GlobalData.

The slowdown in Dubai’s project sector has accelerated in 2019 as the total value of construction and transport project contract awards failed to keep pace with the large volume of projects being completed.

Data from Middle East projects tracker MEED Projects shows that around US$1.2 billion of construction and transport contracts were awarded in Dubai during the third quarter of this year.

Over the same period last year, some $US6.6 billion worth of projects were completed, resulting in a net loss in the value of construction activity in Dubai of US$5.4 billion.

“Dubai’s construction sector runs to stand still. It needs new projects to replace the ones it completes. In 2019 there is the ‘double whammy’ of fewer projects moving into construction and a large number of projects being completed ahead of Expo 2020,” said Colin Foreman, deputy editor, GlobalData.

The third-quarter fall in activity follows a similar fall during the second quarter of this year.

Taking the first three quarters of this year together gives a net loss of US$10.9 billion of project activity in Dubai compared to 2018.

“It is the first time that Dubai’s construction sector has had three consecutive quarters of net decline since it emerged from the aftermath of the global finance crisis in 2012,” added Foreman.