Construction at US airports proceeding despite pandemic

Commercial aviation has suffered some of the worst blows of the Covid-19 pandemic, and yet, many US airport construction projects are ongoing, providing a ray of hope for the future of air travel. 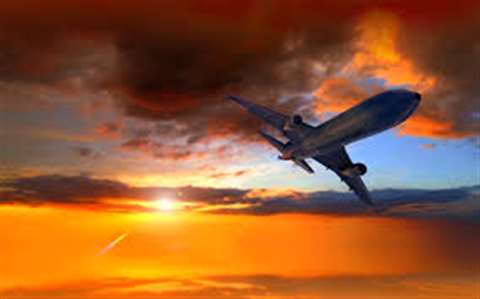 The Salt Lake City International Airport, for example, is about to open its US$4.1 billion facility on 15 September, starting with a new terminal and its first concourse.

Construction has spanned six years and was preceded by approximately two decades of planning, according to a report from Desert News.

By the end of this year, a second concourse will open, and the old airport will be razed to make way for the east side of Concourse A to be built right over the top of it.

The global coronavirus pandemic has caused commercial flights to plummet, threatening the entire airline industry. After a year of averaging about 2.4 million passengers a day nationwide, that figure dropped to a low of 87,534 passengers nationwide during the height of Covid-19 closures on 14 April, according to Transportation Security Administration checkpoint travel numbers.

Over the past several months, more Americans have begun to fly again, reports indicate. On 31 August, nationwide air travel was up to 711,178 passengers, according to the TSA, but that’s still only a third of the demand US airports were seeing a year ago.

On the bright side, the dramatic drop in passenger numbers has allowed Salt Lake airport officials to bump up the next phase of the airport’s construction by two years — now on track to save about US$300 million, according to reports. Instead of having to operate both the new and old airport as previously planned, the lower demand will allow all operations to move into the new facility by the end of October and pave the way for demolition of the old airport to begin sooner.

Meanwhile, in Houston, contractors are continuing on a billion-dollar expansion program at George Bush Intercontinental Airport that officials have reported could bring construction jobs and economic growth to the region.

The Houston Airport System continues its US$1.3 billion capital improvement program, the IAH Terminal Redevelopment Program, despite a decline in travel as a result of the pandemic. Airport officials are pushing forward on one of the biggest parts of the program: essentially combining terminals D and E to expand the international footprint at the airport.

“This is the single largest capital development program that the city has invested in at Bush Intercontinental since the airport was constructed and opened in 1969,” HAS Chief Development Officer Robert Barker told Community Impact Newspaper.

The expansion is targeted toward improving the airport’s capacity and customer experience for international services. More than 11.1 million passengers traveled internationally through IAH last year, according to HAS officials.

Regardless of the pandemic, airport system officials report they still feel comfortable moving forward with the program, partly due to US$200.22 million from the federal Coronavirus Aid, Relief, and Economic Security Act funding as well as existing enterprise funds.