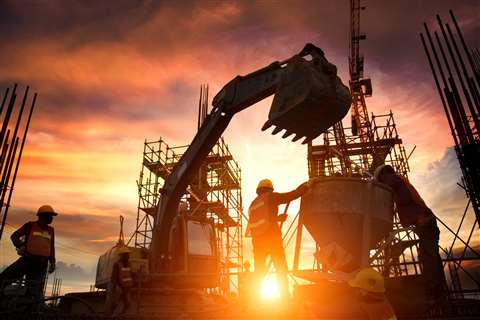 US President Joe Biden’s US$1 trillion infrastructure bill has been approved and now just needs his signature to become law – Biden said it would deliver a “once in a generation investment” in the country’s infrastructure.

The legislation proposes US$550 billion in new federal expenditure, over the next eight years, to upgrade highways, roads and bridges, and to modernise city transit systems and passenger rail networks.

The agreement also sets aside funding for a roll out of high-speed internet, improved clean water, and a nationwide network of electric vehicle charging points.

Biden managed to get the bill passed with support from his own party, the Democrats, as well as the Republicans. The President said that investment in infrastructure was “long overdue” and added that the bill would “create millions of jobs modernising infrastructure, our roads, our bridges, our broadband, all range of things”.

Large parts of infrastructure in the US are in need of repairing and updating – the American Society of Civil Engineers recently marked the country’s infrastructure as C-.

“Because of today’s vote, state and local officials will be able to invest in a more efficient supply chain network. They will also be able to improve roads and bridges to make them safer and more reliable,” said American General Contractors CEO, Stephen Sandherr.

“Metro areas will be able to better maintain and expand transit systems. And water authorities will be able to further safeguard the quality of local drinking water, among other improvements funded by this bill. The measure also provides needed investments to make infrastructure more resilient to extreme weather events.”

The American Road & Transportation Builders Association said the bill will amount to a 36% annual increase in real highway funding, the highest since the late 1950s.

The chief executive officer of the National Utility Contractors Association (NUCA), Doug Carlson, said, “Never before has the American utility construction industry been given by Congress resources of this magnitude to improve thousands of communities across America.” He also hailed the passing of the bill and its level of funding as an, “extraordinary achievement.”

Biden added that Americans would see the effects of the bill, “within the next two to three months. “