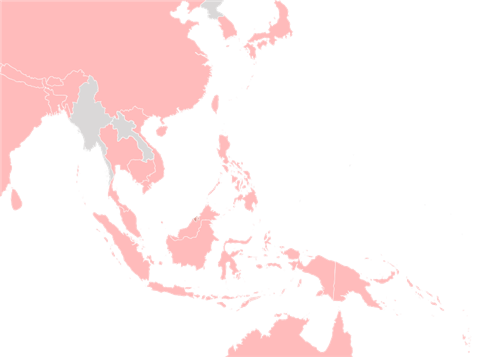 Governments in the Asia-Pacific (APAC) region, particularly Philippines and Vietnam, are considered to be in a favourable position to invest in infrastructure with an eye toward boosting economic growth in the wake of the Covid-19 crisis.

But the Covid-19 crisis has created unprecedented economic disruption in the region, with containment measures stalling many economies and key sectors. Consequently, overall economic growth for the region (excluding China) will drop to just 0.5% in 2020, down from an average of over 7% in the past five years, reports said. As a result, investment will decline, notably hitting commercial, industrial and residential construction.

“Governments and public authorities will likely be aiming to advance spending on infrastructure projects as soon as normality returns so as to reinvigorate the construction industry and the wider economy,” Danny Richards, lead economist at GlobalData, was quoted. “This will spread across all areas of transport infrastructure and energy and utilities. Investment in infrastructure is generally considered to have a high multiplier effect, with the overall increase in economic value being higher than the value of direct investment itself.”

With public funds not enough to meet infrastructure needs, European businesses are calling on governments in Southeast Asia to encourage greater private sector participation in projects.

In a report titled, “Bridging the Gap: Funding of Sustainable Infrastructure in ASEAN (Association of Southeast Asian Nations),” the European Union – ASEAN Business Council, which serves as the sole voice for European business in Southeast Asia, offered recommendations on how to fund infrastructure projects in a sustainable manner, said a report from PhilStar Global.

The council said the private sector could play a key role in financing infrastructure development in the region.

“There is no doubt there is a significant interest from both financial institutions, such as banks and insurance companies, and infrastructure construction and operating companies, to be more involved in the region. However, governments still need to ensure that the right conditions are in place to attract private sector support,” the council said.

The Asian Infrastructure Investment Bank (AIIB) and the Asian Development Bank (ADB) have both recently offered the Philippines US$750 million in loans to help offset the current economic crisis.

“The focus of our efforts is to help the government tackle the immediate health and economic challenges posed by the pandemic,” DJ Pandian, the AIIB’s vice president, was quoted. ”AIIB’s support will contribute to building economic resilience and ensuring quick recovery.”

Meanwhile, in Vietnam, lawmakers say further work on the North-South Expressway currently under construction should not use public funds since the country seeks to involve the private sector in infrastructure development.

Allowing private firms to build and operate the expressway under public-private partnership (PPP) mode is a key policy, especially at a time when the National Assembly is considering the Public-Private Partnership Bill, according to reports.

GlobalData reports it has assessed a range of factors to determine the prospects for accelerating government investment in infrastructure projects. These factors include the extent to which the project pipeline is sufficiently advanced to enable works to be ramped up, or for the final approvals and awards to be completed swiftly. In simple terms, the firm says there needs to be a pipeline of ‘shovel ready’ projects rather than a high proportion of projects still in the early planning stages and facing a bottleneck in terms of advancement.

The assessment also considers political momentum, such as whether the incumbent administration has already laid out a long-term investment program, and is in a strong position to follow through on its policy agenda during this crisis period. The government’s fiscal position is also taken into consideration.

With interest rates falling to record lows, borrowing costs will be at a minimum, making it a relatively cost-effective period for governments to push ahead with investments, however, with most government prioritising direct support to businesses and households, their capability to invest in the infrastructure segment is likely to be constrained, especially in countries with high debt.

“The long-term prospects for infrastructure investment in the APAC remain positive, reflecting the need to expand and modernise transport infrastructure and utilities to cope with the region’s demand growth amid rising economic prosperity and urbanisation,” Richards said.