The 21-metre-long prototype was launched at a ceremony in the city of Chengdu, China. ©Southwest Jiaotong University

Southwest Jiaotong University (SJU) in China has unveiled the ‘world’s first’ high-temperature superconducting (HTS) maglev train, which has been designed to reach speeds of up to 620km an hour.

According to reports from Chinese news site Xinhua, the 21-metre-long prototype was launched at a ceremony in Chengdu, Western China, where it was seen floating slowly along a 165-metre test track.

Deng Zigang, deputy director of Southwest Jiaotong University’s research center for super-high-speed maglev transport, said, “The HTS technology can make the train float without electricity, and it can be moved with just one hand.”

The prototype, which was cost an estimated US$9.3 million (60 million yuan), was developed in partnership with China Railway Group and CRRC Corporation. 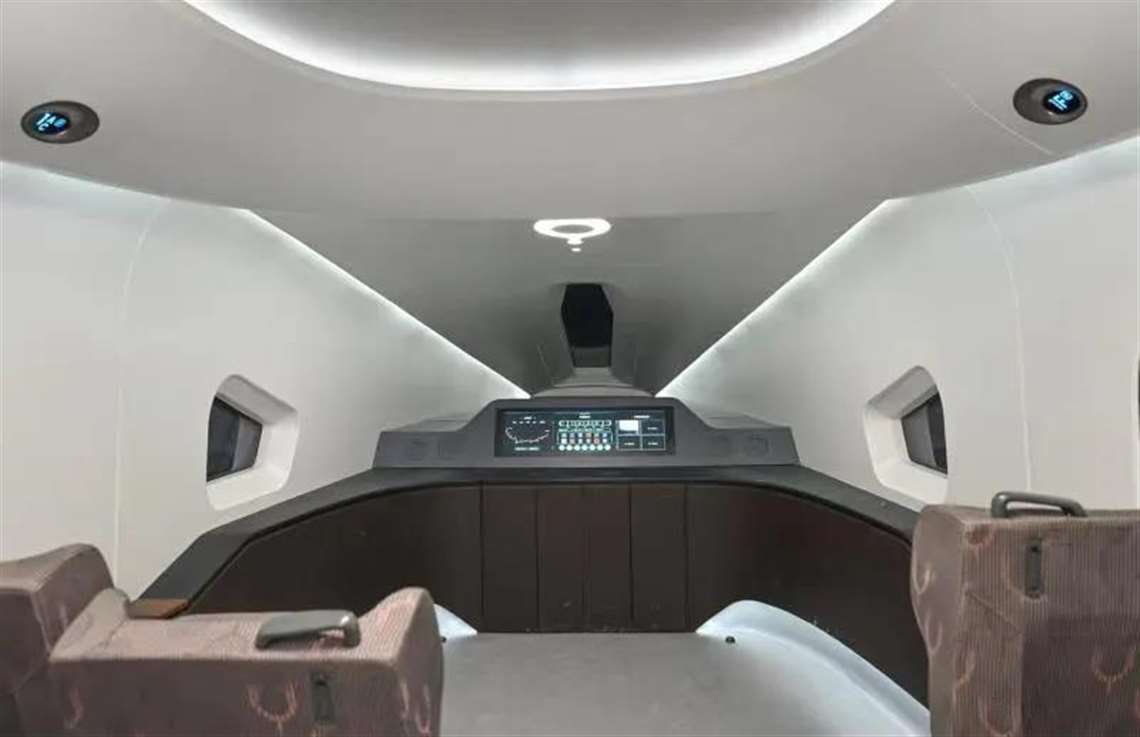 According to SJU, the maglev prototype comprises a lightweight carbon-fibre body, a low-resistance aerodynamic shape and a high-load capacity. The education institution said, “At the design speed of 620 km/h, the vehicle is expected to create a new speed record for land transportation in atmospheric environment and in future bring proactive and disruptive changes to rail transit industry.”

The HTS maglev technology is just the latest advancement in China’s high-speed rail projects. The country’s first commercial maglev system, which uses electromagnetic suspension based on German technology, was put into operation in 2003 in Shanghai.

Around the world, other countries are also making strides in this sector of the rail industry. Japan’s US$84 billion super-fast maglev railway is currently being built between Tokyo and Osaka in Japan. While the project has been delayed, upon completion it is expected to reach speeds of around 500km an hour.