A newly built 1,750m² market hall in the Hungarian city of Pécs has been constructed with ‘eco-efficient’ concrete. 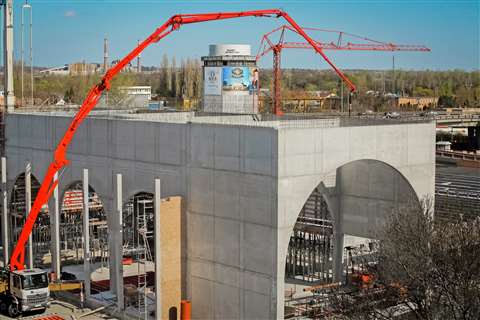 The project is in line with Hungary’s ‘Build Greener’ campaign (Photo: Meva)

The cement used in the project was sourced from the Lafarge factory in Királyegyháza, Hungary, and is considered more eco-efficient than other binders. It is produced by a process involving up to 40% lower carbon dioxide emissions – this is due to a reduced proportion of clinker.

The city authorities mandated B. Build & Trade Kft. to erect the monolithic reinforced-concrete structure. The contractor opted to use the Mammut 350 wall formwork system, the MEP shoring tower and Triplex heavy-duty braces, supplied by Meva Hungary.

The market hall comprises two series of 11 smaller arches, each with a clear width of 8.10m, on the longitudinal fronts. Standing perpendicular to these are two external and 12 internal arches which are even bigger, with a clear span of 13.60m.

The cement, together with the use of the durable, resource-efficient and wood-free alkus facings, is said to be fully in keeping with Hungary’s ‘Build Greener’ campaign. 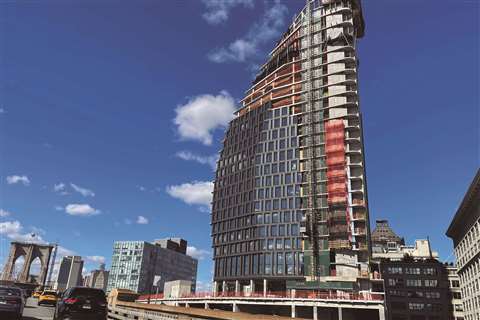